Salute to the Theatre—Tainan Cultural Center Published a Picture Book to Tell Its Story!

At the press conference of this book publishing on January 10th, the Director-general Yeh Tse-shan(葉澤山) highly valued this book and its educational meaning. The Chief of Tainan Cultural Center Fang Min-hua(方敏華) said, “this book tries to invite readers to open it, to know its past, to be a part of its present, and to imagine its future.”

This book was published in Chinese version and English version at the same time. Tainan Cultural Affairs Bureau will send it to join in some international book fairs and competitions to share the cultural achievement of Tainan with more countries. 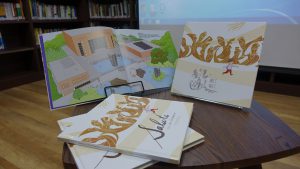